Not so long ago, Five Draw Poker ruled the casino games table all over the world. Its intriguing rules and gameplay made it a favorite amongst many people, and it marked their first experience in the world of new cards and chips for several poker-players.

Other poker games, such as Caribbean Stud Poker and Casino Hold’Em Poker, have become more popular games over the years. However, the five-card draw game remains one of the most loved versions of poker games. Plus, it is as irresistible as ever with fantastic cash prizes, amazing draw rounds, and several other incentives.

This poker’s gameplay is similar to other variations of card draw poker. So, if you’re new to it, you shouldn’t have a problem catching up on how this draw poker game works quickly.

Nonetheless, we’re providing you with a guide on all you need to know about this poker game.

Bet – Placing money or hand in the game

Check – To avoid making a bet on a draw

Call – To make a bet on a draw

Pot Odds – To determine how profitable a bet is

Rags – To have a bad hand

Boat – A hand with a full house

Trips – A three of a kind type of hand 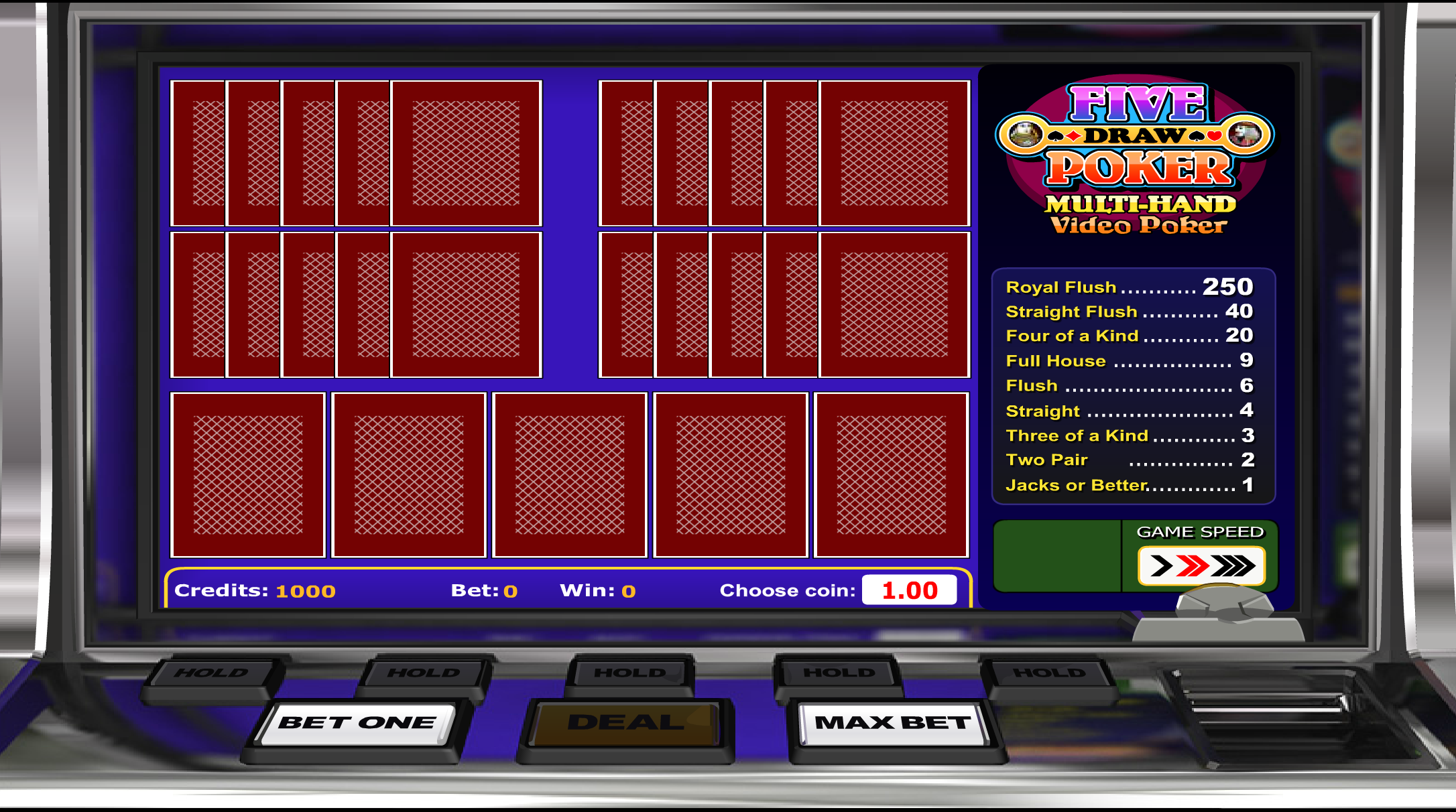 The rules for poker games like learning how to play Sic Bo makes it possible for players to better understand and appreciate the game better. Many players, especially those who play other casino games, find this draw poker rule very interesting because of its ease to grasp. They are basic, simple, and can be understood by anyone including beginners. Even as a professional, it is always best for you to review the rules over again to refresh your memory and give you a higher winning chance.

Sticking to the rules of poker is the only guarantee you have that you will enjoy the game and win from it.

Next to the rules, you have to pay attention to the instructions of the game. The instruction helps you avoid a loss or disqualification from this poker game. It also provides you with all the information you need to have about a round of play.

At the start of this draw poker game, each player is dealt five covered hole cards. The first player that follows the blind can choose to fold, call, or raise. Then the routine is repeated in a clockwise motion around the table until the round’s bets are completed.

On completion of the first round, players that remain in the poker game are allowed to discard their cards. This also continues in a clockwise position until the entire table is covered. Afterward, draws are made, and another round of betting takes place. The round begins with the first active player to the left side of the button. The player whose hand is better than others wins the games and takes the pot.

However, a showdown occurs if there isn’t a winner by the end of the second round. In the showdown, the player with the best five-card poker hand takes the pot. Alternatively, if a player raises and is not responded by callers, the player takes the pot by default.

There are two main styles to play this poker draw game. The first is the ante method, while the second is the blinds method.

The ante betting option is the most relied upon by many players of this draw poker game. Here, everyone must place an equal amount of money into the pot before the cards are dealt. Not only is this method common among new players, but it also involves less risk than the blind method. Every round in this option is commenced by the player to the left of the dealer.

The second betting option available is the blind method. In this draw game-style, only the two pair players that are on the left side of the dealer are required to pay into the pot before the cards are dealt. The first player to the left of the dealer makes the small blind while the second player makes the big blind. The table limit determines blinds. In making a draw, the circle continues with the small blind to the big blind until the round is completed.

Now, three of a kind is quite frequent as it is the hand a huge chunk of professionals are trying to make when drawing because it includes a royal flush. Full houses, straights, and flushes are not that commonplace. However, if a player draws a single card, there’s a high probability that the player is aiming for one of them.

One of the top strategies for taking a pot in five cards poker is to raise before the draw, then refuse to accept any cards and subsequently raise again. However, you should use the approach only once in a while and only on big pots as this draw is vulnerable when everyone knows you for it. Also, pretending to get a card you need when you draw a single card is useful as it places psychological tension on your opponents, opening you up to win decent pots.

The size of the ante is also vital in determining how often you should call the initial bet to draw you a win. It’s advised that you play more loosely when the ante is substantial compared to the limit. However, you should play tightly and take shots at the pot when you have something tangible to start with when dealing with smaller ante.

Position-wise, if you own a great hand or royal flush, you should consider slowing your play so that you can raise the stakes later on. 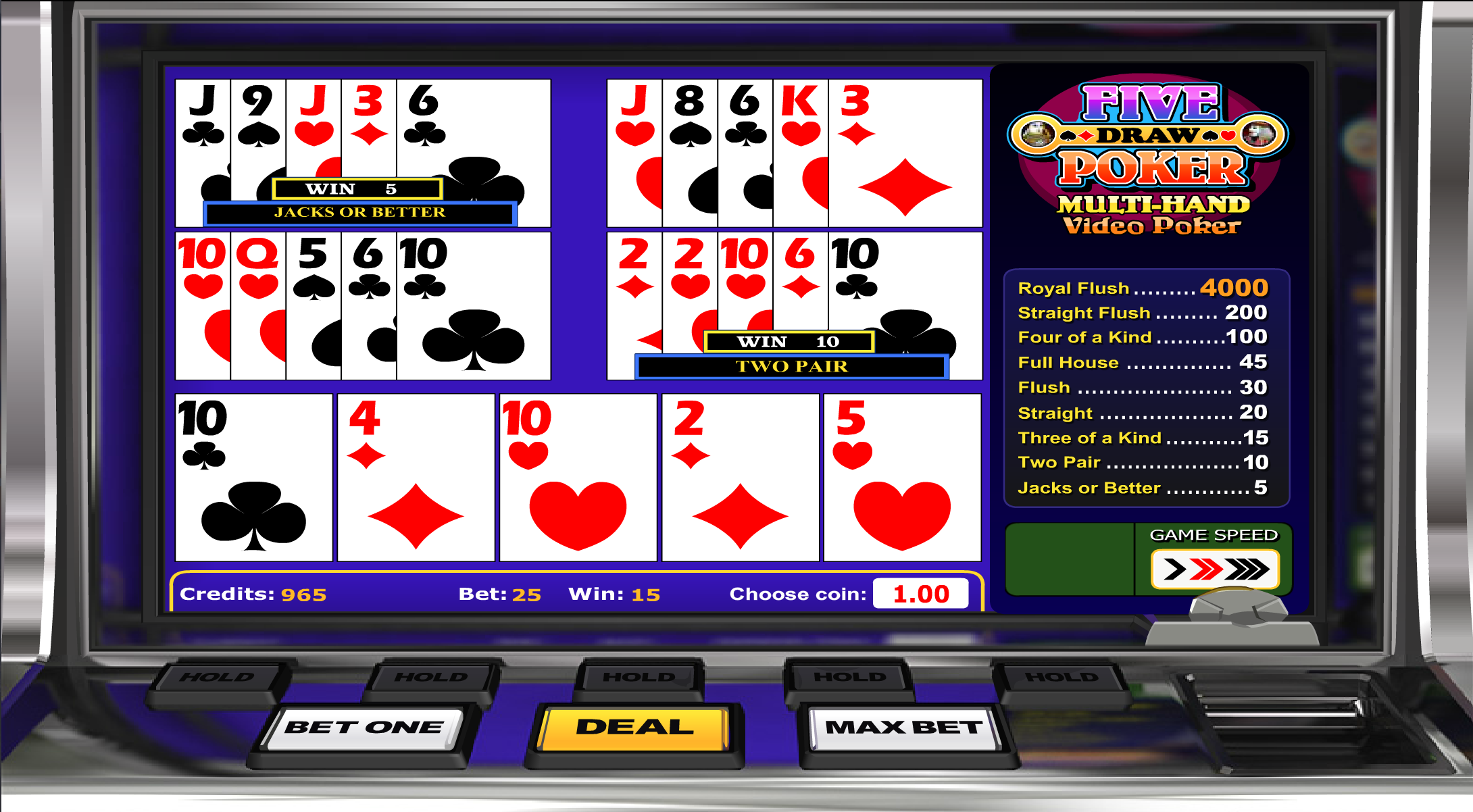 Payouts in this online casino game are transparent and straightforward making it one of the most secure. Upon winning the game, the player with the best hand is entitled to the pots, his wins, and Bspin Bonus are paid accordingly to the payment system of choice. If there’s a tie, the pot is shared evenly among the players with good hands. In cases where extra chips are left in the pot, the chips are shared piece by piece among the remaining people. The distribution starts from those closest to the left of the button.

How Many Times Can You Bet In 5 Card Draw?

In a 5 card draw, each player gets 5 cards after which a round of betting follows. In a draw, you can discard 3 or 4 cards to get back as many cards as is discarded.

What Are The 5 Cards In Poker Called?

The 5 cards in poker are called hand values and they include flush, full house, four of a kind, and straight flush.

How Do You Deal A 5 Card Draw In Poker?

To deal a 5 card draw in poker, blinds have to be posted first. 5 cards are then dealt face down by every player in the hand from the player to the left of the dealer.

What Are The Rules Of 5 Card Poker?

The rules of 5 card poker are that every player deals 5 cards which are followed by a betting round.

What Is The Difference Between 5 Card Draw Game And 5 Card Stud Game?

In a 5 card draw, you conceal cards in your hands from others. In a 5 card stud, cards in players’ hands can only be seen by them.

Five-card video poker game is an interesting game for online casino games lovers and one you can cash out from provided you know the best strategy to use. Of the different betting options available, the small blind and big blind seems to be the best. With a big blind, you have a high chance of winning big than others in the game. The version of this game offered by online casinos with rights reserved provides as much excitement, thanks to the awesome bitcoin casino bonus and other things.

If you’re looking to have a great time playing casino games while also raking in profits with rights reserved, the game is an excellent choice for you.