How To Play In Between Poker

How To Play In Between Poker

In the words of India’s first prime minister, Jawaharlal Nehru- “Life is like a game of cards. The hand that is dealt you represents determinism; the way you play it is free will. ” Just like life, the game In Between deals you a set of cards with which you must play to win. In Between Poker, also known as Acey-Deucey, Yablon, Sheets, Between the Sheets, or Maverick, is a simplified card play with a gaming component. In-Between is not very popular at casinos, but is often played in home Poker games as a break from Poker itself. The casinos normally call it Red Dog, and it’s one of the few dealer’s choice poker games that play with two players or eight players. In Between uses a standard card deck of 52 playing cards with no wild cards. It is a high low card game, where the aces are high, and the twos are low. Moreover, as one of the interesting card games, Red dog is similar to High Card Pool, another exciting game of cards. The object of the game is to receive the first two cards face up and guess whether your third card will fall “In Between” the initial two cards.

Players have their chips distributed to each. Each player contributes one chip and places it at the center of the table to form a pot or pool.

The Shuffle, Cut, and Deal

Mostly, any player can shuffle, but the dealer shuffles last. On the right of the dealer, this player cuts the cards. And since this is a twos card game, the dealer turns two cards and juxtaposes them in the middle of the table such that there is ample room for a third card to fit.

At the outset, all players place a minimum bet into the pot. Before gameplay initiates, a dealer has to be selected. To do so, players need to choose a random card from a shuffled deck. The player with the lowest card becomes the dealer. Ties can break with repeated drawings. The dealer shuffles the deck and then places two cards face up and a few inches apart into the center of the gameplay area where a third card will set to play in-between. There are variations to the game rules. The coefficiency of variation of the (game hi ) low probability is an exciting thing to look at if you are into math. 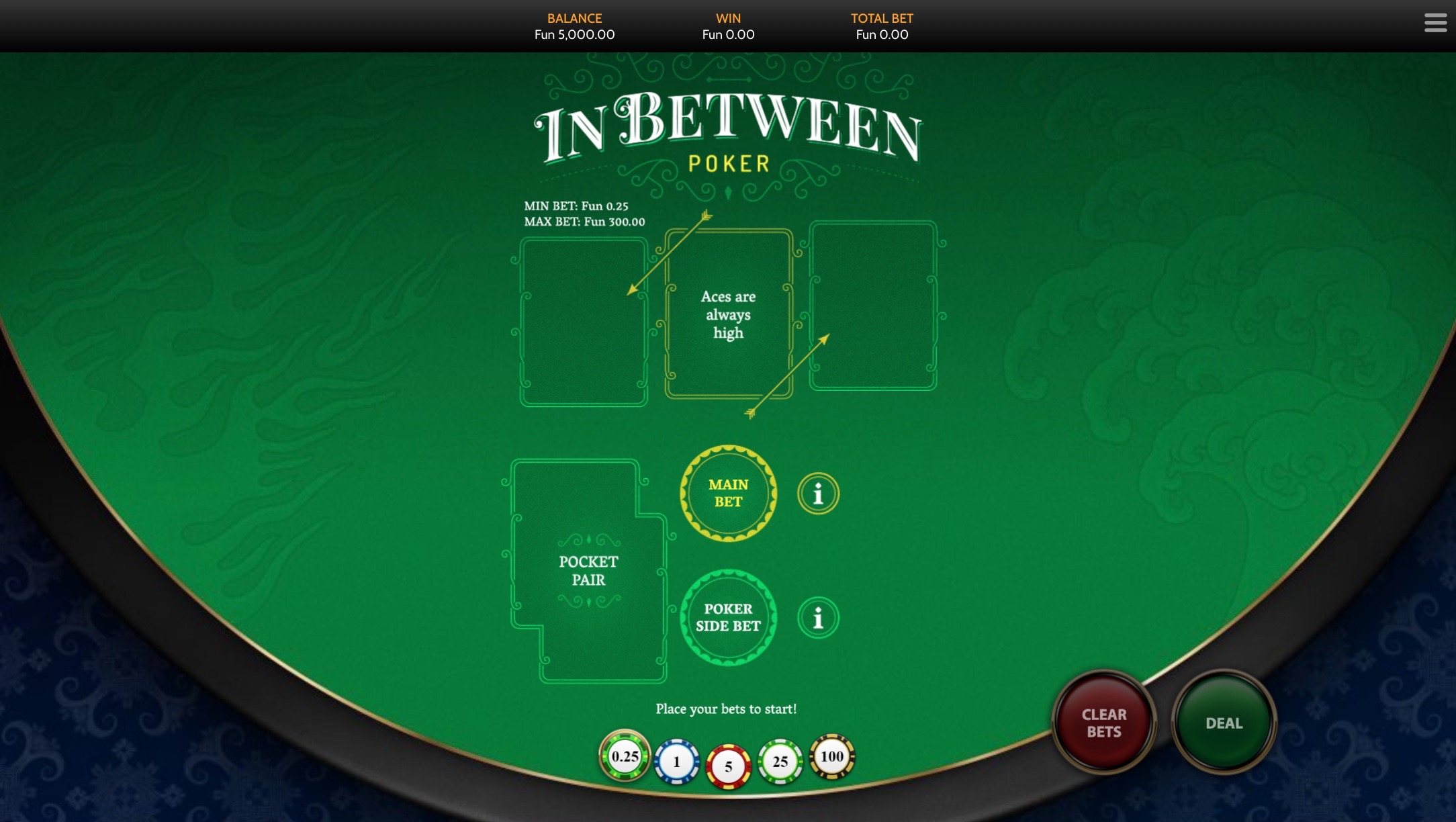 Starting with the player on the left of the dealer and moving clockwise, players can have an additional bet of whatever amount on the table when their turn arrives. The dealer will place the third card in-between the previously drawn cards, and turn its face up. If the third card’s rank is in-between the other cards, the bet is a 2:1 win from the pot. If vice versa, the bet made adds to the pot and play passes to the next player.

Mathematically, players trying to play in-between two posts with a spread that is less than eight will underpin a long-term loss trajectory. You can compare this strategy with how to play Sic Bo. The math of a card game high low potential is a matter of probability. The (card games high low) probability potential is the difference between winning and losing one’s bet.

If the first two cards are of the same rank, the betting player automatically wins two chips from the pot. In some instances, the player gets paid three chips.

Acey Deucey (ace, 2) is the ideal combination, where a player seeks to bet all his got if they can. Because the sole way for an ace-deuce union to lose is if the tri-card is also an ace or a deuce when turned up. 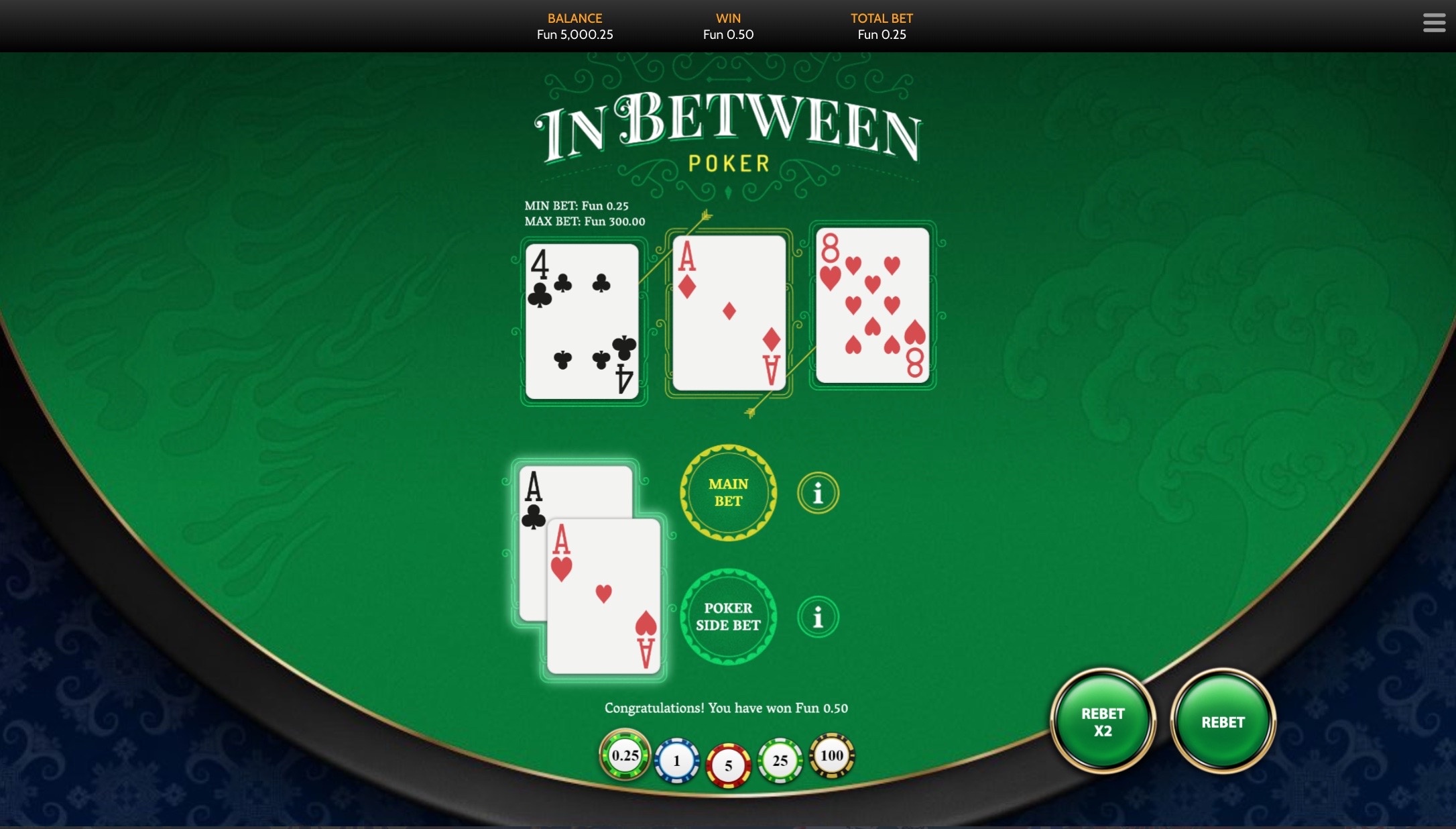 How Do You Play the Card Game In Between?

You play In-Between cards by betting that your hand will be an acey-deucey and hope that the third card is an ace or deuce.

How Do You Win In Between?

You win the pot if the third hand is in-between, that player wins their bet from the pool. The aim of the game is to bet and have the most chips in one’s pot at its culmination.

How Do You Play Tiang?

You play Tiang by betting that the third hand is in-between, garnishing the pot.