How to Play Keno Lotto

How to Play Keno Lotto

You may have already heard of Keno before. Some people might have claimed that they won 100 000$ from the game – while others might claim a lower number like 50 000$ or even 25 000$. But regardless of all of that, the fact is that Keno is a lottery-type game that offers you the chance to select numbers to win a lot of money during the drawings! If you want to play Keno in a bitcoin casino but you aren’t sure what it is or how to select your numbers for the draw, stick around because we’re about to take a closer look into this fun yet interesting game.

In today’s article we will be taking a look at the prizes, the betting options, and how to play this game in general – that way you can get started knowing all there is to know so that you have good times (whether online or at an actual casino) every time.

Have you ever wanted to play the lottery? If you have but you want to be able to get more chances to win, then the game Keno might just be for you. You might have not heard of it before, and if that is the case don’t worry – we are here to explain everything that there is to know about this game so that you can get started as soon as possible. The beauty of this game is the fact that you can actually play it all online on one of the many different gambling websites on the internet.

In essence, Keno is a game – a gambling one – that is played with the use of cards. These cards have numbers that range from 1 all the way to 80. Keno is played just like a lottery, hence the name “lotto”. Basically, as a player, you will have to choose some numbers to bet upon before the results are drawn. 20 numbers will be picked out randomly, with the use of an RNG (random number generator) or ball machines. Players will be paid their prize-winning depending on a few things: the Keno result AKA the number of numbers drawn, how many players pick match the drawn numbers, and how much the player bets. As you might assume, this game is incredibly popular not just in actual casinos, but also online. It’s even offered in many lotteries because after all a lot of people want to have a chance at winning the lottery now and again.

BCLC Keno and any other Keno games are generally the same. But before we get into explaining the game in all of its glory, first we want to talk a little about its history.

Keno is a word that originated from Quine (French), a word that means 5 winning numbers. It could also be said that it was taken from Quini (Latin), which means “5 each”. The modern name’s origin is still a bit uncertain, but what is known is that Keno first popped up in China – well over two thousand years ago. There are legends that say that Keno’s invention basically saved one of China’s ancient cities during wartime by helping to fund the war chest. The increasing popularity of this very lotto even helped to fund the Great Wall of China’s construction. Pretty cool if you think about it! Indeed, not a lot of people know that this game is backed with a ton of history – even back then people would select numbers and draw match results to win their prize!

It’s worth mentioning, however, that back in the day this game wasn’t called by its modern name. Instead, it was called Baige Piao, meaning “white pigeon ticket”. It’s a reference made to carrier pigeons, the very ones that delivered the keno results from the gambling house to the villages. Back then Baige Piao didn’t make use of numbers, instead, they used Thousand Character Classic’s (Chinese poem) first eighty characters. Even today Baige Piao is still played in China, and it is well known as an ancestor to not just Keno, but also to bingo and the modern-day lottery.

Before we teach you how to play Keno, first we’ll go through a bunch of other things to help you understand this lovely game better.

One of the important things for you to know when it comes to this game is the various terminology. Indeed, knowing the terms can help you to understand everything better, later on, so let’s get right to them, shall we?

Let’s take a look at an example to better understand these terms:

Out of all the eighty numbers that are usually offered on a ticket, you can pretty much usually choose from 1-10 spots. However, there are many casinos that offer you the chance to pick even 12-15 spots during every race. The payouts change, but that depends on how many spots you choose and how many spots you catch. Online, you’ll be able to see the changes in the payouts pretty much in real-time. Yes, everything happens in minutes – from the moment you select a number to when winning spots are announced during the draw! 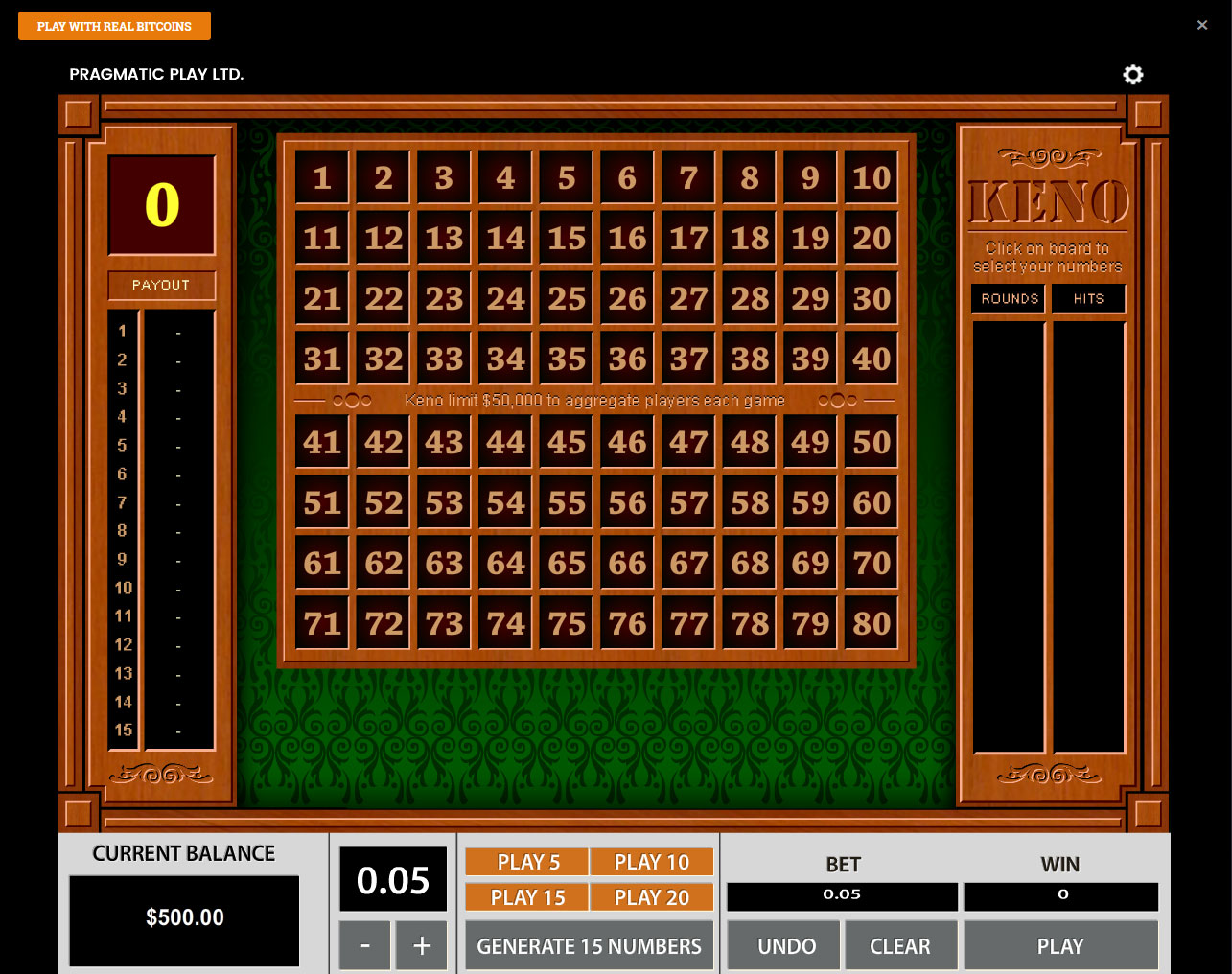 Learning how to play is very simple, really. To get your chance to win the prize during the drawing, you must do a few things.

That’s really all there is when learning to play. It’s simple to play: select your spots, match your spots during the drawing, and win your prize!

Can you really make 100 000$ in minutes in a Keno drawing? Well, the answer is yes – it just depends on how much money you’ll bet to win. If you’re confident or if you really want to push your luck, you could make yourself a very rich person within a few minutes. But hey, even if you don’t get 100 000$, you’re sure to have fun. Don’t make reckless bets if you are afraid you won’t win – it’s also good to play conservatively. If you want more chances to win, play more races to get more drawing chances.

As we’ve already mentioned, the prize money or the winning payouts will depend on a few things. They generally vary greatly from platform to platform, online or otherwise. But basically the general formula is:

A number of spots chosen + how many spots match or catch multiplied by your original bet, to the pay table’s base rate.

It sounds kind of complicated, but don’t stress – all that you really need to know is that the payout ranges will depend on your amount wagered, your spots are chosen, and how many spots to match. That’s it.

Regardless, the general rule of thumb is the more spots you choose, the more you will catch, and the greater the winning prize. It’s just like winning the lottery – the prize basically increases when you have more winning numbers matching your ticket during the drawings. So, select wisely to win more!

Note that there are paytables which also pay more for hitting fewer spots – some casinos may even offer 500$ or 1000$ for catching ZERO out of TWENTY spots, with only a 5 dollar wager. Pretty good! Bet a few times and you’ll probably win a good amount of money in a day. Honestly, you’ll probably have more chances to win in Keno than you ever would if you play in a real lottery!

Keno is a really fun game that offers you many chances to win the prize. It’s pretty much like the lottery, but Keno is simply faster and well, let’s say more exciting. We hope that this article about Keno helps you!

There are other games that you can take advantage of Bspin like Black Jack, Baccarat, and Slots. Just remember to always take a hard look at your pot, playing a fun game just like Keno will make time fly!